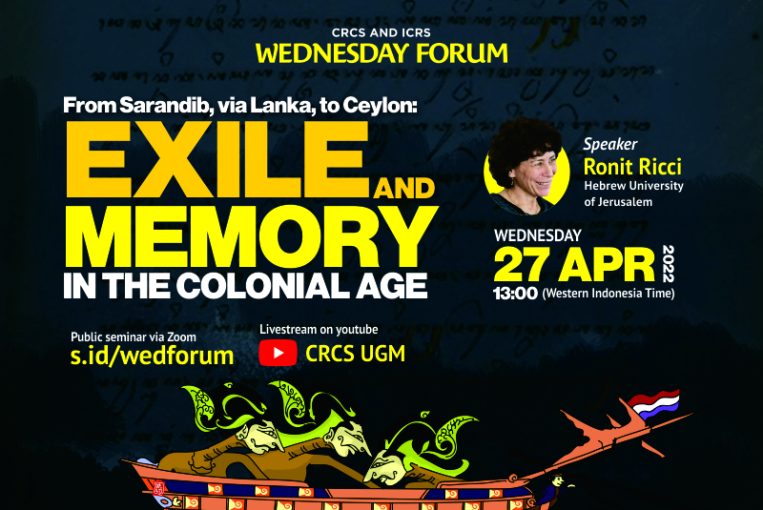 The small, Indian Ocean island known as Sarandib, Lanka, and Ceylon was a site of banishment throughout the 18th century for members of royal families, convicts, servants and others sent there from across the Indonesian archipelago. Descendants of these exiles who remained on the island continued to speak and write in Malay, the archipelago’s lingua franca, and to adhere to a collective Muslim identity for several centuries and into the present. The talk considers if and how earlier religious and literary traditions of banishment tied to the island – those of Adam’s fall from paradise to Sarandib and Sinta’s abduction to Lanka – played a role in the lives of the early exiles and their descendants.

Professor Ronit Ricci teaches in the departments of Asian Studies and Comparative Religion at the Hebrew University of Jerusalem. Since 2013 she has been developing Indonesian Studies at the Hebrew University, the only Israeli university to offer this field of study. Her research interests include Javanese and Malay manuscript cultures, Translation Studies, and Islamic literatures of South and Southeast Asia. She is the Principal Investigator for the ERC-funded project “Textual Microcosms” (2021-2026) which will explore the phenomenon of interlinear translation across the Indonesian-Malay world.