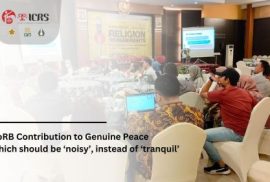 Written by Haris Fatwa Dinal Maula – CRCS UGM Student
Translation by Maurisa Zinira – ICRS Doctoral Student
As a social norm that is intended to apply universally, the existence of Human Rights (HAM) is an inseparable part of the discourse and life of Muslims in today’s world. Formally, Muslim countries that are part of the Organization of Islamic Cooperation (OIC) affirm the existence of human rights values ​​through the contents of the opening of the OIC Guidelines Charter in 1972. This commitment is also shown by the number of Muslim countries that ratified the International Covenant on Civil and Political Rights (ICCPR) and the International Covenant on Economic, Social, and Cultural Rights (ICSER) which was ratified in 1966. However, this formal acceptance did not necessarily make the human rights discourse accepted smoothly by the Muslim world. One of the crucial points in the Universal Declaration of Human Rights (UDHR) which is being debated is about freedom of religion or belief (FoRB). On the other hand, the implementation and enforcement of human rights in Muslim countries is also still weak and is often in the spotlight. read more 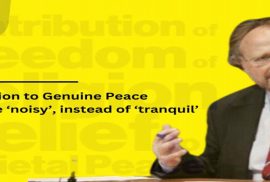 FoRB Contribution to Genuine Peace which should be ‘noisy’, instead of ‘tranquil’

Freedom of Religion or Belief (FoRB), as part of the Human Rights (HR) value, is often seen as an advocacy tool oriented for the minority groups. However, this view tends to depreciate FoRB significance for a broader community, not just any particular group. In the Public Lecture International Conference on Religion and Human Rights, July 18, 2022, entitled “The Contribution of Freedom of Religion or Belief to Societal Peace”, Heiner Bielefeldt – who had served as the United Nations Special Rapporteur on Freedom of Religion or Belief 2010-2016 – raised one interesting perspective on FoRB which has a potential contribution in bringing societal peace into life. This point of view is vital to review the interconnection between issues of peace and freedom which often do not go hand in hand. In the name of peace, harmony and order, violations of human rights and freedoms of the citizens may occur. For this reason, the paper re-examines Bielefeldt’s main ideas regarding the contribution of the FoRB to peace-building projects that are oriented towards genuine peace that is “noisy” instead of “tranquil”. read more 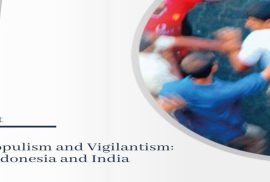 Right-wing populism continues to show signs in various countries. By adhering to claims of privilege as the dominant group, they further their politics by mobilizing hatred against minorities. They don’t even hesitate to use vigilante methods to set up domination. Using the extra-legal mechanism for politics, right-wing populism perpetuates the chain of violence that threatens democracy. The micro picture of the relationship between right-wing populism and vigilantism is discussed remarkably in the 8th Reading in Social Science (RISOS) by reviewing Sana Jafrey’s article entitled “Right Wing Populism and Vigilante Violence in Indonesia” that was published in the journal Studies in Comparative International Development (2021) 56:223–249. The forum was held on 29 August 2022 by inviting two researchers in the same study, Laurens Bakker from the University of Amsterdam and Iqbal Ahnaf from Center for Religious and Cross-Cultural Studies, UGM. read more 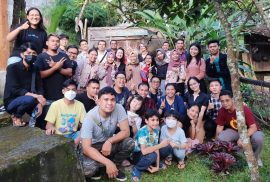 History has written that religion and its religious traditions, no matter how personal and sacred they may be, have involved the active participation of a community. Considering the variety of religious traditions, apart from the six acknowledged religions in Indonesia, there have also been many different teachings and rituals among the indigenous beliefs which are still practiced by Indonesian communities. This leads to potential arguments, inevitable tensions, and even religious conflicts at times. We understand that, occasionally, disagreement does not only happen between different religions but also within the religion itself related to its denominations. Therefore, when we talk about religious engagements, we cannot help but also include both interreligious and intra-religious relations since these two affect one another.    read more 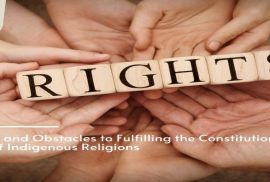 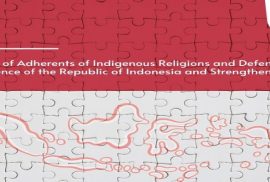 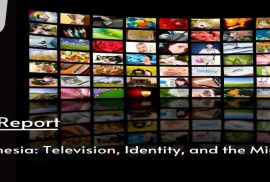 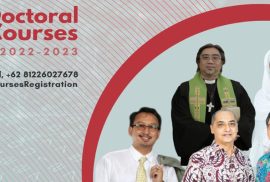 This Graduate Seminar on “Theories of Religion and Society” discusses the study of religion as an interdisciplinary field. It serves as an introduction to classical and contemporary theories of religion and how it relates to society. It examines the works of influential past and present scholars about the nexus between religion and the many aspects of societal life. The Graduate Seminar is expected to stimulate critical thinking about the study of religion in the academic context and its influence on the wider context i.e. society, culture, politics, economics and international relations. Considering the vastness of the field now called “religious study”, this Graduate Seminar explores important facets of the academic study of religion and inter-religious studies. The course problematizes the categories of “religion” and “agama”. In addition, this doctoral seminar will examine the political construction of religion in terms of how political power defines religion and the academic construction of religion/agama in terms of how religion is “invented in the act of studying it. This will ultimately include its impact on public discourse and policy making. Other aspects of understanding religion will be discussed in relation to other concepts such as identity, gender, democracy, freedom, human rights, dignity, etc. read more

Freedom of Religion and Belief in Europe: An Interview with Lena Larsen

Intolerance and hate speech towards religious minorities are prevalent across the globe. In Europe, hostility towards religion even shows a dramatic increase. With the increasing wave of immigrants coming to Europe, negative stereotypes and sentiments against different religious groups and ethnicities fuels intolerance and discrimination. A Dutch parliamentarian, Geert Wilders, for instance, campaigned against the growth of Muslim population in the West, labeling Muslims as a threat to European women and civilization. At the same time, an individual or group forcing people to adopt religious beliefs or practices can also be found more often in different parts of European regions. This confirms the findings of the PEW research center released in 2017, that the number of European countries reporting this trend rose from 4 to 15 countries by 2017. read more 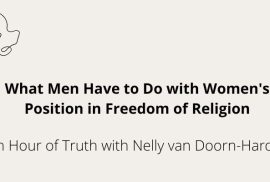 What Men Have to Do with Women’s Position in Freedom of Religion: An Hour of Truth with Nelly van Doorn-Harder

Professor Nelly van Doorn-Harder, who teaches in Wake Forest University (North Carolina, USA) and the Vrije Universiteit (Amsterdam, The Netherlands), attended an international conference hosted by Universitas Gadjah Mada in July 2022 titled Religion and Human Rights: Pedagogical Challenges and Opportunities in Higher Education in Indonesia. Van Doorn writes and edits books and articles on religion with regard to gender, leadership, interfaith engagement, and issues pertaining to freedom of religion, and shared her insights in a session of the conference titled “Emerging Discourse on Freedom of Religion and Belief in Indonesia”. Her inaugural lecture last March was entitled “Strong Rights, Fragile People: The Politics of Freedom of Religion or Belief” talks about child marriage in Indonesia, where it relates with the Muslim religious practice and its consequence on women in Indonesia. The article shows the way Van Doorn learns about the influence of Indonesian Muslim religious practice during her close observation in the last five years with several groups, especially on gender issues and freedom of religion or belief (FoRB) in Indonesia.   read more