Jokowi and the Decline of Democracy 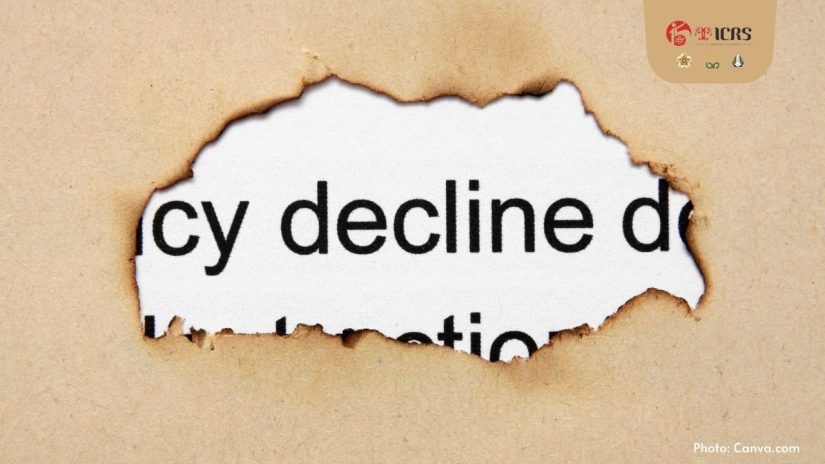 Various studies on democracy show that the quality of democracy in Indonesia has declined. Even though this setback is a global phenomenon, in which a number of countries are also experiencing the same crisis, such a worsening situation in Indonesia is saddening. Saiful Mujani and R. William Liddle in their article “Indonesia: Jokowi Sidelines Democracy” argue that the decline was caused instead by agents/actors themselves, not by external structural factors. They even firmly said that Joko Widodo, the president of Indonesia, was responsible for weakening Indonesia’s democracy considering some observable democratic deterioration during his presidency.

The Reading in Social Sciences forum addressed Mujani and Liddle’s article for its public discussion on 25 October 2022 with Saiful Mujani as speaker. Accompanying him as discussants were Bivitri Susanti—Lecturer at the Jantera Law College (STH) and Philips Vermonte—Dean of the Faculty of Social Sciences from the International Islamic University of Indonesia.

Reports about the decline of democracy are not new. Some centers for democracy studies have consistently reported that the quality of democracy in Indonesia is worsening. The Habibi Center even said that there was a shift from an electoral democracy to a defective one because elections were deemed not to produce leaders who were able to prosper the people since they arbitrarily allowed various non-democratic practices to develop.

Saiful Mujani, Director of SMRC (Saiful Mujani Research and Consulting) argued that Jokowi was the actor behind the decline of Indonesian democracy. In his article with Liddle, he used the Electoral and Liberal Democracy Index issued by V-DEM to measure the decree of the democracy by discussing several issues including 1) democratic commitment, 2) electoral democracy, 3) civil liberties, 4) checks and balances, 5) anticorruption efforts, 6) the armed forces, and 7) economic development.

Although there is no deterioration in the aspect of commitment to democracy, Mujani affirmed various setbacks in other areas. In terms of electoral democracy, 2019 was a busy year for the Indonesian citizens because elections were held simultaneously to elect candidates for the presidency, the national parliament, and local legislatures. Many criticisms were leveled in the holding of this election either in terms of administrative, technical, or logistical challenges that proved burdensome. As it has caused hundreds of deaths, many political critics have asked Jokowi to review this policy. However, Jokowi seemed persistent in his decision for simultaneous elections. As a result, many regional heads will be dismissed in 2022 and replacements made during the leadership vacuum until the next election in 2024.

Apart from that, in terms of civil liberties, Mujani said that Jokowi’s policies illustrated the New Order government model, which responded to criticism with repression. In 2009, around 17% of respondents confessed anxiety over talking about politics. Ten years later, however, this number has tripled to 39% in 2021.

On other issues such as freedom of speech, organization, and belief, the percentage of people who were worried about exercising free speech has also increased. One of them is due to strong polarization in society, which, according to Mujani, was caused by Jokowi’s political stance (since 2014) which gave rise to identity politics. This is exacerbated by the emergence of the Electronic Information and Transaction Law (UU ITE) which may target anyone whose opinions differ from the mainstream/authorities.

Furthermore, Mujani also noted other symptoms of the fall such as the wane of checks and balances mechanisms, the collapse of the Corruption Eradication Commission (KPK), the increase in the use of armed forces, and the exclusion of democracy due to the priority of economic development. Jokowi’s policies are seen as weakening the safety nets of civil liberties and the practice of checks and balances, which are essential for a strong democracy. In a guided democracy like Indonesia, Jokowi as president is said to have a large responsibility in the trajectory of Indonesian politics, including the rise and fall of democracy.

Susanti also mentioned that in legal studies this kind of practice is referred to as autocratic legalism, which is the use of planned and continuous attacks by authorities on institutions whose job is to supervise their actions. This concept is used by Javier Corrales and Scheppele to describe the practice of loosening constitutional ties to the executive through legal reform. An autocratic legalist (actor) will move according to existing laws, appearing as if he is doing well, even though he violates the principle of law. In Indonesia, according to Susanti, autocratic legalism can be seen in efforts to obstruct the house of representatives (DPR), weaken civil society, put down anti-corruption commission (KPK) and wane the power of constitutional court. In all these cases, Jokowi shared a contribution.

However, different from Mujani and Susanti, Philips Vermonte indicated strong structural factors influencing the decline of Indonesian democracy. According to him, the decline of democracy is not solely caused by the actor but more so due to the structural aspect. There are conditions that encourage actors to make judgments and decisions based on field conditions. The strengthening of identity politics, for example, cannot only be aimed at Jokowi as a political actor, but there is also a series of conditions that affect his political decisions. One among others is the inconsistency of law enforcement in Indonesia in responding to intolerant people or groups. Such an inconsistency did not just appear in the Jokowi era but was also the remnant of previous regimes. Many dissolutions of academic discussions sprung up even before Jokowi became president. There has been a lot of neglect and inconsistency in law enforcement regarding various intolerant practices which have also become an enabling environment for the strengthening of identity politics that has emerged recently.

He added that the weakness of civil society was not due to a single cause or a single actor. Many civilian agents joined the state, yet regeneration for civil society agents was a bit late. Moreover, the flow of mediated information through social media often produces various narratives. Public emotions are often exploited by political elites for mass mobilization, law enforcement remains inconsistent, and democracy is therefore at stake.

According to Vermonte, such structural conditions contribute to the strategic choices Jokowi makes in positioning democracy. There is no single cause behind the decline of democracy. Therefore, blaming Jokowi as the only person responsible for the crises will negate the structural factors that need to be addressed. Jokowi representing the executive is only one among three state institutions. In implementing legislation, the executive branch will be closely related to the legislative branch that makes laws and the judiciary that adjudicates violations of laws. These three institutions are interrelated and all determine the democratic process in Indonesia.

Various explanations about the decline of democracy should provide important reflections on Indonesia’s current condition. The debate about who should be charged with responsibility over the democratic decline will continue to roll on. Mujani’s article serves as a stark reminder that agents play an important role in political mobilization, which unfortunately is often overlooked in discussions about democracy. However, the agents’ choices are also influenced by external factors that encourage them to take action in accordance with his political aspirations. It is necessary to discuss together various perspectives on improving democracy to better tackle both internal and external factors that hinder democracy.