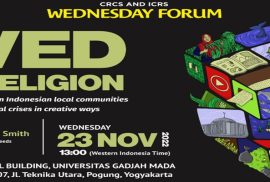 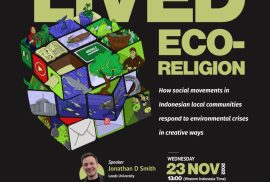 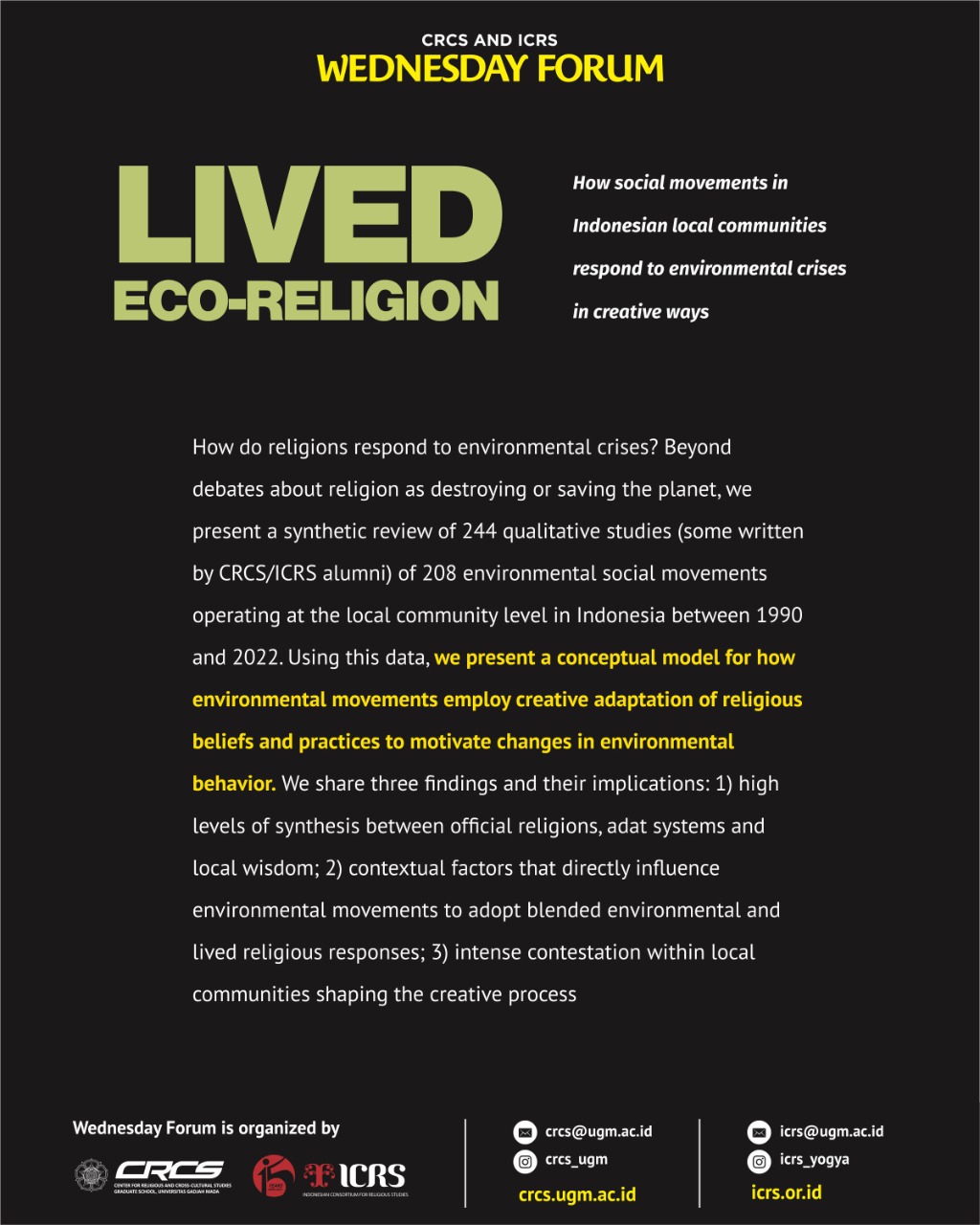 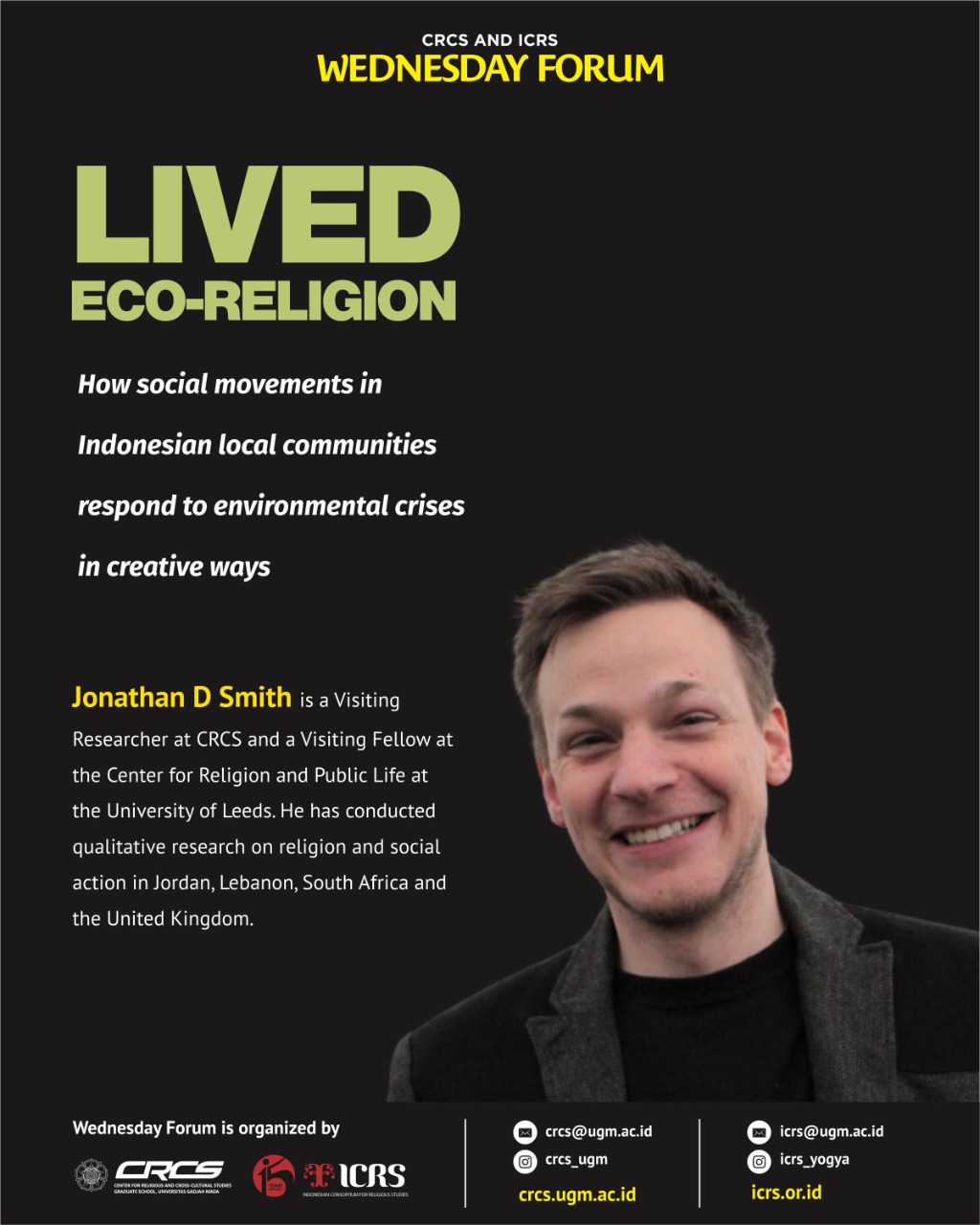 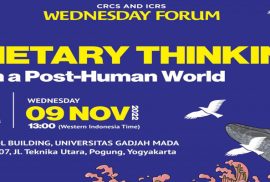 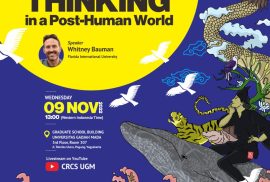 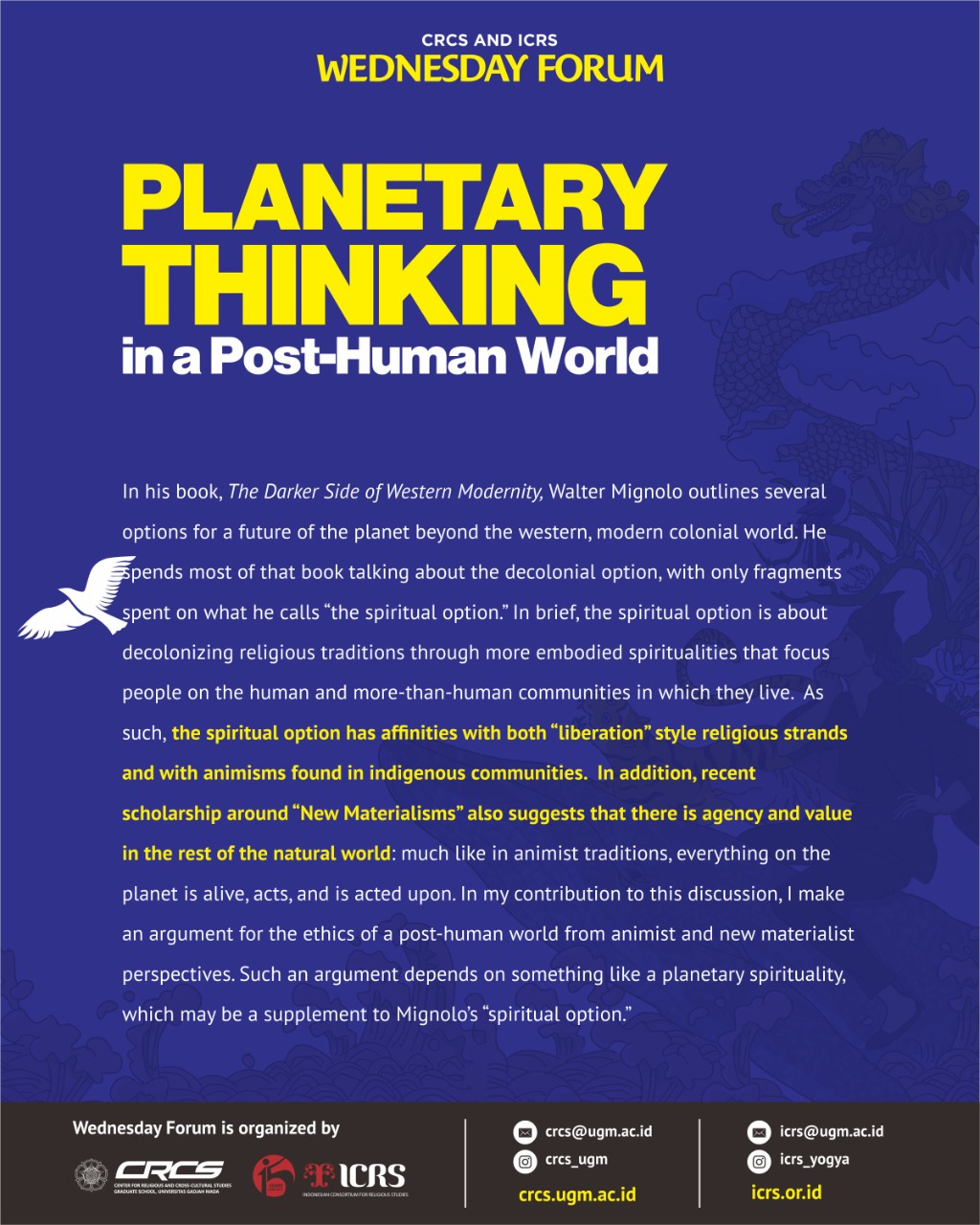 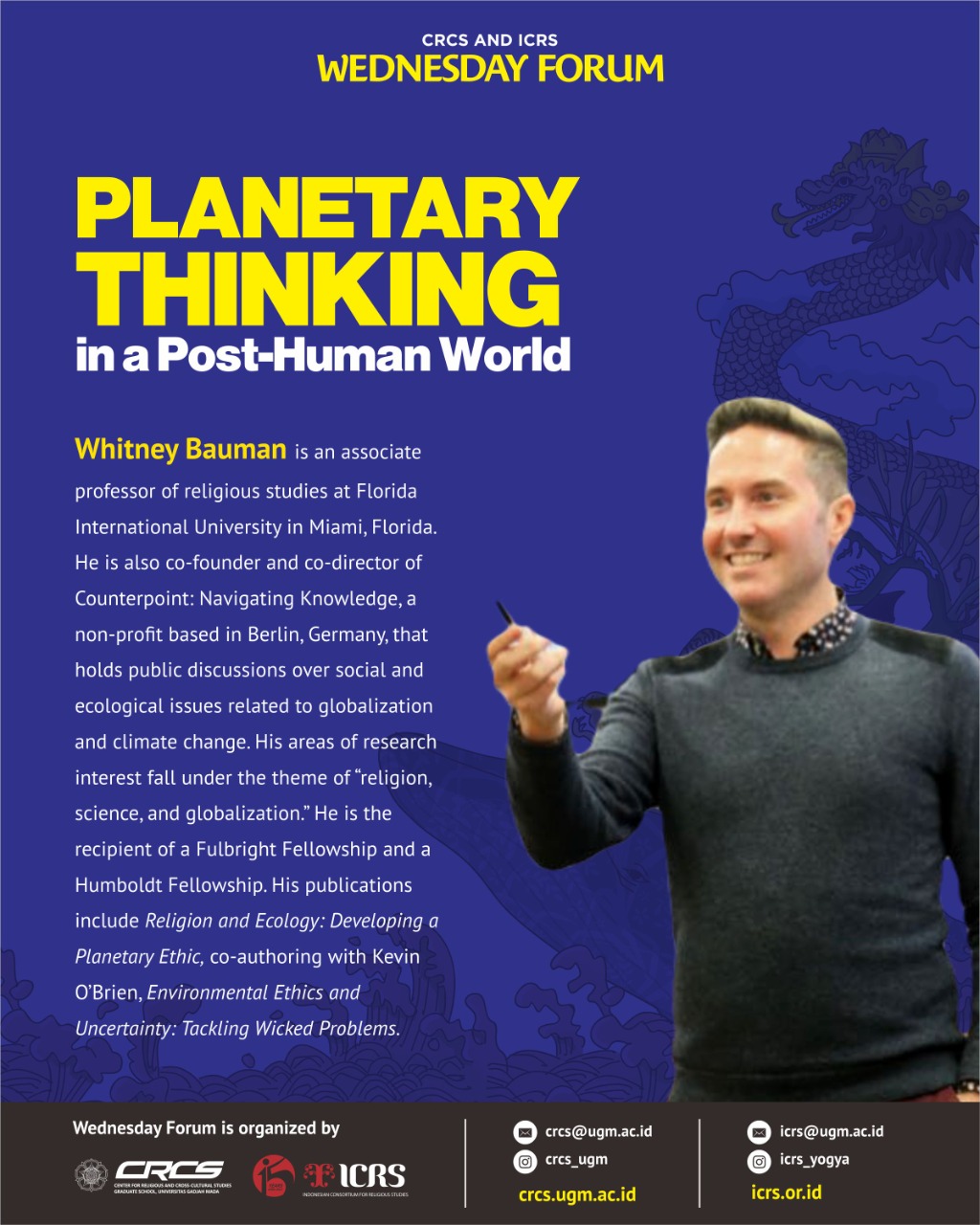 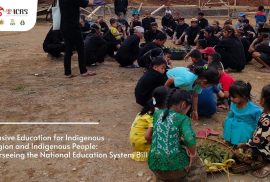 Written by Jekonia Tarigan
Religious education is one of the important elements in the national education system in Indonesia because it is seen as playing an important role in building the morality and mentality of students at every level of education. Along with the strengthening of recognition of adherents of the existence of indigenous religions in Indonesia through the Constitutional Court Decision Number 97/PUU-XIV/2016 and also the issuance of the Minister of Education and Culture Regulation Number 27 of 2016 concerning educational services for indigenous religions in education units, slowly indigenous religion’s adherents began to receive rights in the field of education. However, in recent days, there has been concern from the indigenous religion community because in the latest National Education System Bill in 2022, inclusive education for indigenous religions’ adherents has received less attention. This was the topic of discussion at the Kamisan Daring Forum on September 1, 2022, a forum that was organized by the Indonesian Consortium for Religious Studies (ICRS), the Center for Religious and Cross-Cultural Studies (CRCS), and the National Commission on Violence Against Women. (Komnas Perempuan), the Satunama Foundation, and several other organizations. On this occasion, one speaker was present, namely Andri Hernandi, who represented the Indonesian Followers of Kepercayaan Assembly (MLKI). Then there were three respondents, namely: Prof. Dr. Muhammad Adlin Sila (Expert Staff of the Minister of Education and Technology for Institutional and Community Relations); Dr. Samsul Maarif, Director of the Center for Religious and Cross-cultural Studies (CRCS) UGM; and Dr. Hastangka, Lecturer at Mercu Buana University Yogyakarta and researcher at the Indonesian National Research and Innovation Agency (BRIN). read more 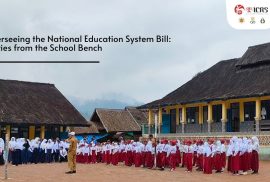 The Minister of Education and Culture Regulation Number 27 of 2016 has so far been the basis for efforts to facilitate religious adherents to get the right to religious education and trust. However, there are still many obstacles in the implementation of this policy.[i] This obstacle can be seen from the institutional aspects, service aspects, and aspects of understanding concerned stakeholders. Now there has been a draft law on the national education system that has received a lot of attention because it is suspected that it is increasingly closing the space for education in inidigenous beliefs, which is very much needed by adherents of indigenous religions. This issue served as the topic of discussion at the Kamisan Daring Forum on September 8, 2022. This forum was organized by the Indonesian Consortium for Religious Studies (ICRS), the Center for Religious and Cross-Cultural Studies (CRCS), and the National Commission on Violence Against Women (Komnas Perempuan), the Satunama Foundation, and several other organizations. There are three speakers in this forum: Agustino Damanik (Student at the University of North Sumatra and adherent of Parmalim, Rara Wulan (South Kalimantan Indigenous Religion Counselor), and Benjamin Jalalois, the Principal at Rindi Umululu State High School (SMAN) 1, East Nusa Tenggara (NTT). read more 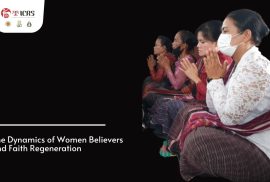 Written by Jekonia Tarigan
Early age is an important period for the development of a child. This begins in the prenatal period in which the brain, as the center of intelligence, develops rapidly.[i] For this reason, women play an important role in the formation of children, and this is especially so in the lives of adherents to indigenous religions whose values need to be continuously regenerated. This was the topic for discussion at the Kamisan Daring Forum on September 22, 2022. This forum was organized by the Indonesian Consortium for Religious Studies (ICRS), the Center for Religious and Cross-Cultural Studies (CRCS), and the National Commission on Violence Against Women (Komnas Perempuan), Satunama Foundation, and several other organizations. On this occasion there were three women who were the speakers: the first was Herta Simanjuntak, representing Puanhayati North Sumatra; the second, Agung Citra Official, representing Puanhayati Central Java; and the last was Ni Luh Ariani, representing Puanhayati Bali. read more 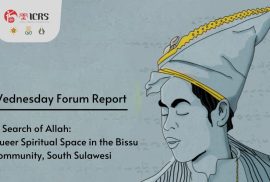 Written by Jekonia Tarigan
In the ancient Bugis creation myth, the creator is an androgynous god who gives birth to a male sun and a female moon. Quarrels occur between the two, and they will not live together. Meanwhile, both were capable of self-fertilization, the sun was unable to reproduce, and it was the moon that gave birth to the stars, certain metals (gold, iron), and the first generations of plants, animals and other ‘terrible’ creatures. A reconciliation between the sun and the moon took place shortly after the last of the various creations appeared. This led to the division of power and the union of the two, from which came the gods celebrated at I La Galigo. The Bugis cosmogonic myth counts the web among ‘terrible’ creations, all of which are full of divine powers.[i] However, the prolificacy of conservative Islam has affected non-normative gender and sexuality groups’ experience and construction of identity, as it has impacted the Bissu community in South Sulawesi. The Bissu can be categorized as pan-indigenous, including gender, sexual, and/or spiritual identity. Within indigenous communities with androgynous concepts in their cosmology, the Bissu have culturally specific ceremonial and social roles in the Bugis culture. The question then is, how the Bissu have encountered confrontation and acceptance within their queer indigenous body and spiritual space and how it has impacted their ability to partake and learn their religion and culture? This question became the main issue of the presentation and discussion of the Wednesday Forum on October 12, 2022, a forum organized by the Indonesian Consortium for Religious Studies (ICRS) and the Center for Religious and Cross-Cultural Studies (CRCS). The presentation was delivered by Petsy Jessy Ismoyo, a PhD Candidate at ICRS. She is also a lecturer at the International Relations Study Program, Universitas Kristen Satya Wacana. Currently, she joined Secularity, Islam, and Democracy in Indonesia and Turkey (SIDIT), Humboldt University of Berlin, as part of a fellowship with the Institut für Auslandsbeziehungen (IFA). read more 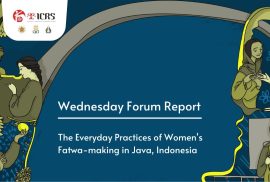 Work on gender and gender relations in Indonesia has demonstrated that gender matters in the discussion of state, including the country’s politics, religion, and civil society, often because the question of women’s authority[i]. Regarding religion, especially in Islam, the authority and legitimacy as ulama is an important issue because the legitimacy of Muslim women as ulama is always related to the rights that society ascribes to them to interpret religious texts and issue fatwas in response both to the daily concerns of their followers (jamaah) and to urgent social problems. These issues were the topics of discussion for the October 5th Wednesday forum, a weekly discussion forum organized by the Indonesian Consortium for Religious Studies (ICRS) and the Center for Religious and Cross-Cultural Studies (CRCS). The presenter on this occasion was Nor Ismah. She is a researcher at Leiden University in the Netherlands. Her Ph.D. research focuses on women issuing fatwas and community-based authority in Java, Indonesia. She also serves as curriculum review and institute development consultant at Musawah, a global feminist movement based in Malaysia. Recently, she was appointed as the director of LPPPM of Nahdlatul Ulama University in Yogyakarta. read more 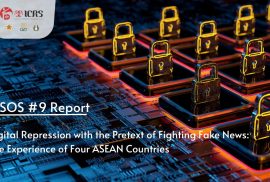 [RISOS #9] Digital Repression with the Pretext of Fighting Fake News: The Experience of Four ASEAN Countries

Although the right to expression is guaranteed in the universal declaration of human rights, its practical fulfillment is not always ideal. In the digital era where information disclosure encourages diversity of expression, the fulfillment of the right to freedom of speech is often hampered by regulatory mechanisms made by the state. In four ASEAN countries (Cambodia, Myanmar, Thailand and Vietnam), as noted by Soombatpoonsiri and An Luong, for example, this right is restricted by the state’s politicization of “fake news”. Often without clear definition of what constitutes “fake news”, these countries make use of the allegation to silence the opposition and limit citizens’ digital activities considered detrimental to political stability. read more